Suryaputra Karna is all se to enter our lives, this time as a central character. Yes, Swastik Pictures (which made Star Plus’ Mahabharat) is making an entire show on the Kunti putr – giving us an opportunity to witness Karna’s life right from the day he was born and abandoned by Kunti. What’s more, we shall get to know all the challenges and struggle of this great warrior as a child, and his journey from a sutr putra to the King of Ang and beyond. 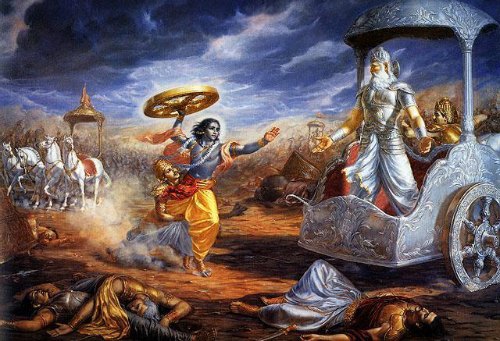 While, we are all set to lay our eyes on this mythological show, here we share the star cast of Suryaputra Karna:

After a lot of auditions, Siddharth Tewary, the producer of Swastik Pictures first chose Avinesh Rekhi to play the role of Suryaputr Karn. He is best known for playing Sultan Mohan Kundra, a negative character in Colors’ Madhubala : Ek Ishq Ek Junoon.

However, Rekhi is not the person who is finalized for the role. Then there was news that Aditya Redij is playing the role. Aditya was even heard revealing his excitement about the same . Aditya if you remember was seen as Raghav Singh in Sony TV’s Na Aana Iss Des Lado.

However, Aditya is not the finalized one. The one that we will see as a grown up Karn will be Gautam Rode popularly known as Saras of Saraswatichandra. He was last seen in Mahakumbh. Earlier, buzz was that he will essay the role of Arjun but he has confirmed that he has said ‘yes’ to the role of Karna.

Vishesh Bansal as the Kid Karna

This promising child actor who has done various shows on TV including Mythology will play the role of the little Karna in the serial. Talking about Mythology, he was seen as Tripati in Devon Ka Dev Mahadev. Then again, he essayed the role of little Buddha in Zee TV’s Buddha. Besides, he has done various fictional shows airing on several channels – as Zayed Zain Abdullah in Beintehaa, as Aarav in Iss Pyaar Ko Kya Naam Doon?, as Aditya Vyas in Na Bole Tum Na Maine Kuch Kaha, and as Chintu Mishra in Honge Judaa Na Hum.

Bigg Boss 7 winner Gauhar Khan has an important role to play in Suryaputra Karna. Well, the model turned actress will now be seen as Karna’s wife. The makers are already in talks with her and it seems Gauhar Khan will be zeroed in to play Karna’s love interest in the serial.

Best known for playing Shaina in Kaahin Kisii Roz, Mouli Ganguly will now be playing Karna’s foster mother Radha. She was last seen in Sony TV’s Kya Huaa Tera Vaada where she played the role of an antagonist. In between these two serials she has done various TV shows including Saaksshi, Sahib Biwi Ghulam, Gayathri, Laagi Tujhse Lagan. In the year 2008, she also participated in Nach Baliye 4 along with her partner Mazhar Sayyed.

The Akshay of Zee TV’s Mamta, Anand Suryavanshi will play Karna’s father in this serial based on his life story. A popular face in the Indian Television industry, Anand was last seen as Dr. Dev in Life Ok’s Humne Li Hai…Shapath.

Surendra Pal is known for playing important roles in Mythological serials. He was Dronacharya in the 80s Mahabharat, essayed the role of Amatya Rakshasa in Chanakya, and even donned the role of Prajapati Daksha in Life OK’s Mahadev. In Suryaputra Karn, Surendra Pal will now play the role of Karna’s guru Parshuram who punished Karna for lieing him of his background in order to learn the art of archery.

From Khwaish, Kasamh Se, Basera, Kitni Mohabbat Hai, to Haunted Nights, Priya Bathija has done various TV Serials. She will now be seen as Karna’s biological mother Kunti who abandons Karna as he is born to her before marriage. This is not her first mythological serial. Earlier, she played the role of Rukmini in NDTV Imagine’s Dwarkadheesh – Bhagwaan Shree Krishn.

Know the relationship Between Karna and his mother Radha

Surya Putra Karna : Know Everything About all His Wives