My name may make a few people judge me even before reading the first line and call me anti-national (Anti Govt = Anti National nowadays). But do read it if you are an Indian, a true young Indian. Social media is full of young Indians as we have one of YOUNGEST population in the world. But sadly, we are also the most SPINELESS, IGNORANT and CONFORMIST generation India has ever had.

We are just so obsessed and content with following and hero worshipping that we don’t have time and intent to stand up for things which really affects our society but are always ready to abuse who speaks a word against our hero. We have been chanting Jai Jawan, Jai Kisan for ages but see the condition of both and you’ll understand what I am saying . We have just STOPPED doing the RIGHT things. 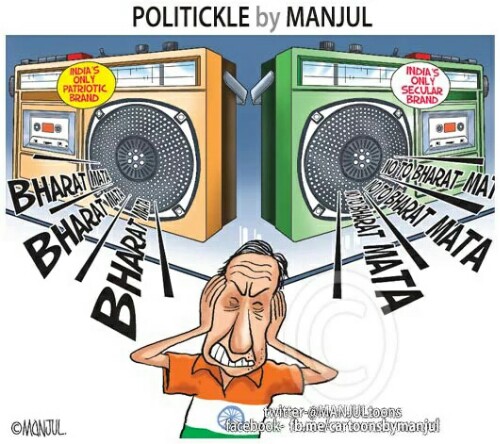 Just in last few days, we have seen a man tied and beaten up outside a train in full public view, a Doctor in Delhi dragged out of his home and beaten to death, 3 accident victims die on the road after being stranded in that condition for an hour, all because the common man, especially the common young man wasn’t ready to help, who is almost dead and ignorant and probably can’t care less. Is it because

Is it because it’s not you ? Excuse me but it’s you only. You are next if you do not act. It’s for a reason that criminals are not punished publically in a civil society even after so much appeals (cases such heinous as Nirbhaya and Nithari) because the system doesn’t want us to get used to the brutality of any kind. Even authorities such as police are not allowed to thrash any criminal in public so we can assume every beating to be an ASSAULT and oppose.

A better India shouldn’t be just a passive expectation that things will get better , it has to be a belief that we can MAKE things better . But that is only possible if admit our problems and don’t just look away. but sadly even on social media we see people abuse anyone and everyone who doesn’t agree with their views but just don’t oppose . we are afraid of being abused ourselves , but we forget that by being invisible we are only nurturing them . These people indeed are potential criminals who don’t allow their sisters and wives on social media but don’t waste a single chance to abuse women.

Saying Bharat Ki Jai or Bharat Mata Ki Jai isn’t an end to patriotism, it is in fact merely a start, if at all anything. Real patriotism is in keeping people and property of a country safe. We must not become immune to injustice and torture others are facing or some day others will become immune to our sufferings. It’s just the matter of time . we , slowly but surely , are being pushed back to the edge, its time to fight back, the clock is ticking.