One of the best aspects of Chakravartin Ashoka Samrat serial was the close bond that Ashoka and Siamak shared. Status apart, these two were not just good friends but also treated each other like their own brothers even when they didn’t knew they were brothers.

Ashoka and Siamak’s bond was one of the most positive features in the serial amidst lie, deceit, sham and treachery. 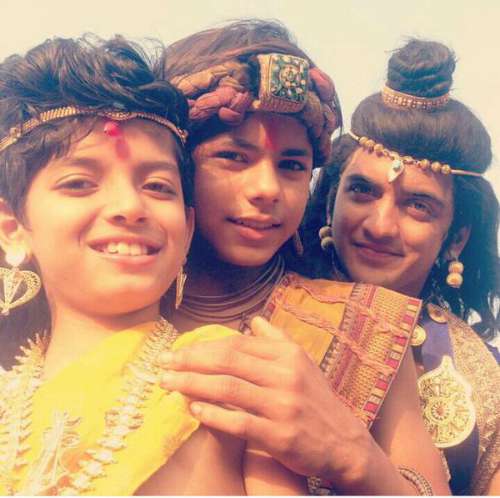 Rajkumar Siamak was a noble soul until Rajmata Helena corrupted his mind thoroughly. Even Mir Khorasan and Noor Khorasan wanted the throne badly but they never made Siamak a pawn nor did they taught him wrong or influenced him towards negative or bad.

However, Rajmata Helena is such a crazy woman that she is trying everything to manipulate Siamak, lying to him about each and every instance. She has turned him against his own brother and well-wisher for her need and greed.

The Siamak who was always ready to side Ashoka now wants to kill him. This is what Rajmata Helena has done to the innocent boy who have no idea that all the people around him where actually traitors not just of Magadh but also of him. They just wanted to use him for their dreams and nothing else. However, it is unknown whether Siamak will realize all these things before it is too late. Because the boy is now even eager to kill Ashoka.

Now in the coming days –

Will Ashoka know that Siamak has turned a Traitor?

While Ashoka has doubts on Rajmata Helena, Maharani Charumitra, Sushim and Mahamatya Khalatak, he is unaware that Rajkumar Siamak was involved in the act too. He still has no idea that Rajmata Helena has spoiled and manipulated Siamak to such an extent that he thinks that everybody including him and Samrat is wrong.

It would be interesting to see when and how Ashoka gets to know the change avatar of Rajkumar Siamak in Chakravartin Ashoka Samrat serial. Will Ashoka try to make him understand or eventually kill him is something that is raising our curiosity level.

Is Maharani Charumitra the Next Person to Get Exposed?