The Khat Sabha of Rahul Gandhi has become a national joke on almost all the social media channel. Twitteratis had the most fun as they took pot shots at Gandhi by trending #KhatSabha and #ReplaceMovieNamesWithKhaat. Interestingly, when the rest of the India is taking a dig at Rahul Gandhi by calling Khat Sabha a flop show, there is a palpable sense of hope and confidence amongst the people of the largest legislature in India, particularly the Uttar Pradesh farmers.

While, few scrambled over khatiya with each other, it is interesting to note that the rest of the farmers went home contentedly. Well, Rahul Gandhi in his speech said precisely what they wanted to hear.

Yes, he didn’t promise them sun or moon, but a promise that surely wipes away their gloom. It is amusing to note that almost all the media houses covered the aftermath of the Katiya stories, but none tried to emphasize on the farmer’s sentiments on Congress and the chances of the party’s revival in the state after 27 years. 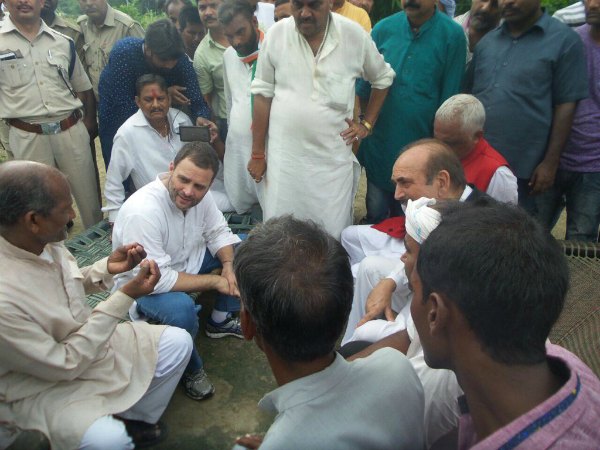 Rahul Gandhi has hit the bull’s eye by launching the 2,500km Kisan Yatra from Deoria to Delhi prior to the UP Assembly Elections 2017. The rally is a welcome change in a state where leaders rarely meet and greet people forget doing a door to door campaign. So, when BJP, BSP and SP are busy playing the caste and religion politics, blaming each other for communal riots and discrimination against Dalits, the Congress hits a sixer by pledging towards the upliftment of the farmers! 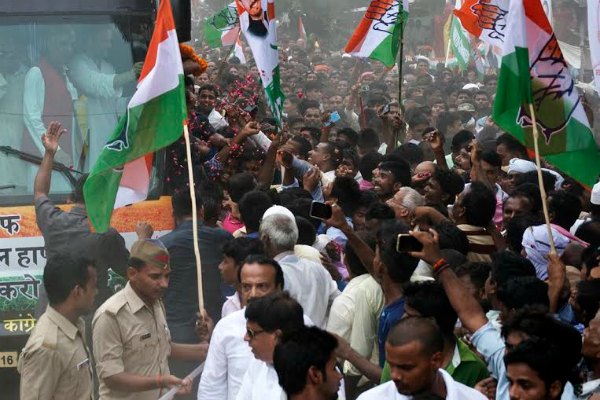 The Congress Vice-President promised 50% loan waiver and 50% reduction in power tariff if the Uttar Pradesh farmers vote for Congress and bring the party back to power in the 2017 assembly elections. Though it might just be a political gimmick by the party to gain votes, the promise does click with the farmers as they have been suffering from various issues over the years including drought.

The ruling Samajwadi Party did nothing besides gifting laptops. With no internet and WiFi connection in the villages it obviously was of no use to the aam janta. In addition, after coming to power, the party started exploiting the small farmers. As soon as Samajwadi Party won the 2012 UP Assembly elections, they waived off the scheme in which the small farmers got money to work in their own farm in the MNREGA Scheme. This rendered the small farmers income, leaving them stranded and helpless.

When NationalViews correspondent contacted one of the farmers in Sant Kabir Nagar of Uttar Pradesh to know about the general views of the farmers towards the ruling Samajwadi Party, he had a shocking tale to narrate. 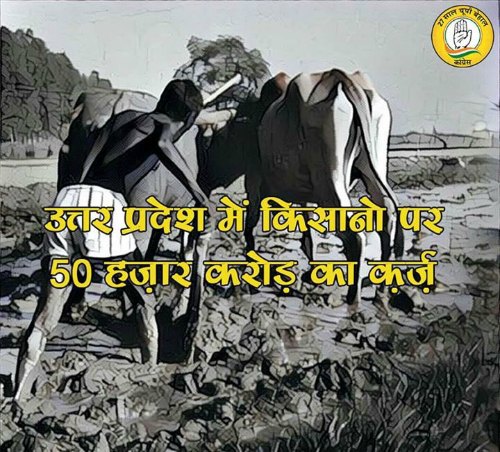 “Last year, the entire Uttar Pradesh suffered from drought. ‘Sukha’ was declared. However, the allotted drought relief fund was distributed unevenly in different districts of Uttar Pradesh. While the farmers in Sant Kabir Nagar got Rs. 2900 only, the farmers in Gorakhpur district with the same amount of land got Rs. 15,000” said the farmer angrily further quoting that almost all the farmers in the district is aware of the uneven distribution made by Samajwadi Party.

While Samajwadi Party and Bharatiya Janta Party leaders might have a cordial relation with the celebrities and luminaries, the entire nation, especially the farmers, know the down to earth behavior of Rahul Gandhi.  No matter how much we criticize Rahul Gandhi for his stint with Dalits and downtrodden, we cannot ignore the fact that only he is the one who genuinely meets them. 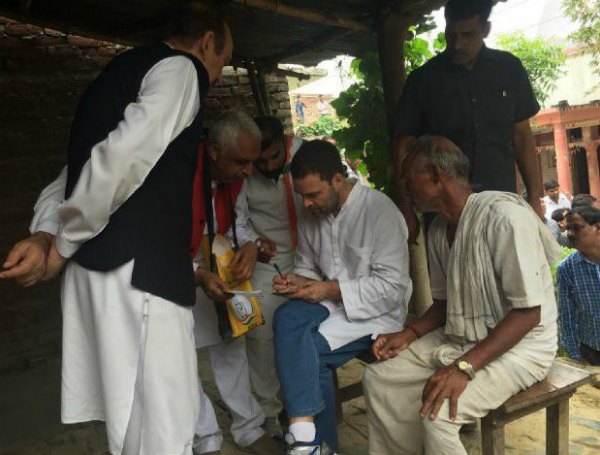 Can you imagine Akhilesh Yadav, Mulayam Singh Yadav, Amit Shah or Mayawati meeting and greeting so cordially with a Dalit farmer who belongs to a BPL family? Of course not! The farmers are aware of the fact that Congress will always favour the farmers and not promote crony capitalism unlike SP and BJP. This is the reason why farmers are showing keen interest in meeting Rahul Gandhi and giving him Kisan Mangpatras (charters of their demands).  The Kisan Yatra by Rahul Gandhi has made the Uttar Pradesh farmers quite hopeful that soon the entire Uttar Pradesh will be taken care of, not just Amethi. 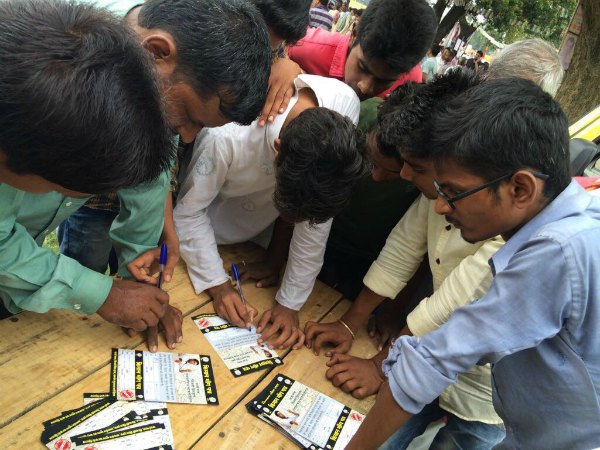 Interestingly, while, the rest of the India is sceptical about the promises made by Rahul Gandhi regarding the 50% loan waiver, the farmers are quite confident. When NationalViews correspondent asked one of the aged farmers ready to attend another Khat Sabha in Khalilabad (District Sant Kabir Nagar) about the reason of his confidence, he quickly quipped in, “Pehle Bhi Toh Kiya Hai. Ab Bhi Karenge. Congress ki yeh hi khaasiyat hai, ya toh bolte nahi, Lekin jo bolte hain who karte hain!” (They have done it before, they’ll do it now. The USP of Congress is that if they commit anything they’ll surely do). He is one of the many farmers who is all set to vote for Congress in 2017 Assembly elections though he voted for Samajwadi Party in the previous elections.

So, while, the rest of the India makes fun of Rahul Gandhi on Twitter and elsewhere, he is wooing the Uttar Pradesh with his unique skills and strategy, not to forget loan waving guarantee! 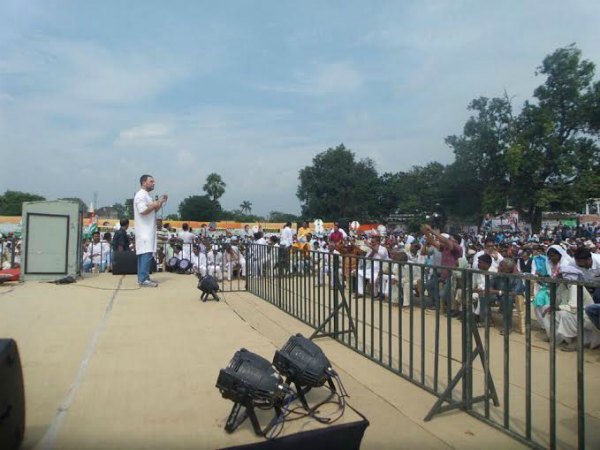