Chakravartin Ashoka Samrat is often referred as Chandashoka, the one who was not only cruel but also merciless. No wonder, the story of the transformation of Ashoka, the great is cherished all across the world.

However, was Ashoka Vardhana Maurya so cruel? Was he really so unkind? Well, let’s analyze on the basis of the little information that we have as facts and evidence: 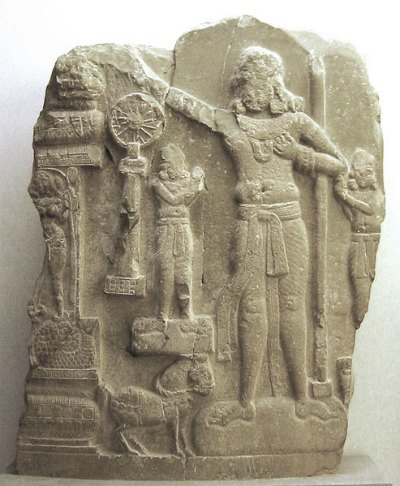 When Ashoka was young, his father the then Samrat of Magadh, Samrat Bindusar had recognized Rajkumar Ashok’s qualities as per the legends and inscriptions. Though he wasn’t much fond of Ashoka as a son, he appreciated him greatly for his exceptional skills, valor, courage as well as the kingship qualities he possessed.

While you wonder, what are these kingship qualities let me take you back to Arthashatra where Chanakya wrote what the qualities of a King should be. Well, according to the Chanakya Neeti, a king is nothing but a worshipper of his subjects.  So, this indicates that Ashoka was good and not Chandashoka when he was young.

Then, when did Ashoka turn into Chandashoka?

The Ceylonese chronicles mention that during the succession war Ashoka killed his 99 brothers sparring just one to get to the throne of Magadh.  Post this incident, Ashoka was titled as Chandashoka – The merciless Ashoka, the cruel Ashoka. However, this whole incident is an exaggeration. Well, yes, Ashoka never killed his 99 brothers but just 6 (as per Taranatha, the Tibetan writer). This is how Ashoka turned into Chandashoka. Wondering why the exaggeration? Well, the Buddhist writers wanted to enhance his transformation from Chandashoka to Dharma Ashoka.

Reasons Why Ashoka, the Great Cannot Be as Cruel as He was Shown!

Samrat Bindusar’s elder son Rajkumar Sushim had no respect for the council of ministers at all. This is the reason why the council of ministers never approved Rajkumar Sushim as the next emperor as they thought him to be incapable of taking the legacy of Akhand Bharat forward.  Instead, Radhagupt, the disciple of Acharya Chanakya and one amongst the Council of Ministers supported Ashoka to be the next heir. Now why did he support Ashoka when he had 4 other sons of Bindusar besides Sushim and AShoka as well. The Ministers would have never chosen Ashoka if he was so cruel in the first place.

Ashoka Could Suppress a Revolt in Takshashila By His Mere Presence

The province of Takshashila often revolted against the Mauryan rule as the populace there was mainly of Indo-Greek warriors. When Ashoka was young, there arose one such revolt. While Rajkumar Sushim couldn’t handle the revolt, Ashoka could surpass the revolt without any fight. A cruel person cannot win the fight by talks and diplomacy. This in a way highlights the human side of Ashoka unlike otherwise said.

People often consider Ashoka as Chandashoka after knowing about the Ashoka’s hell. Now this hell or torture chamber was for who? Was it for his public? Well, no, it was for the killers, rapists and the terrorists. Perhaps it was his policy to punish the offenders in such a way.  No wonder, even we too sometimes feel that rapists and terrorists should be tortured to the core – don’t we?

Lastly, Ashoka the Great would have been cruel but not to the extent that we have been told. He definitely cannot be the Chandashoka that we know through the Ceylonese chronicles. What are your views on the same? Do mention your counter opinion, if you have any.

Know Everything about Samrat Ashoka and His Five Wive

Editor’s Note: NationalViews is a home for people with views and opinions that caters to the changing India.It is a place for the common men to articulate their views and opinions on any topic. A platform where you express and we publish. Mail us your opinion, views, and thoughts at editor@nationalviews.com and we will help you reach out to the masses.