The meaning of the above immortal line is in Kali Yuga people will develop hatred for each other even for small amount of mere money. They are ready to give up all divine relations, ready to lose their own lives and kill even their own near and dear ones. 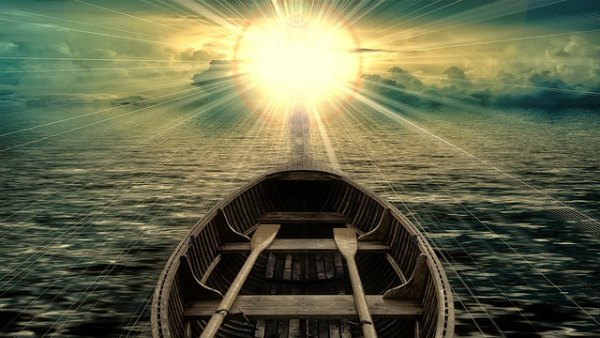 Govardhana is a sacred hill situated near the township of Vrindavana in the Mathura district of the state of Uttar Pradesh. It is considered quite holy in the Vaishnava culture and traditions of Mahabharata.

The mountain is otherwise known as Govardhan or Giriraj and since ages it’s associated with Lord Krishna who once lifted the hill with the help of His little finger.

It’s assumed that if someone revolves around 8km long mountain then all his/her wishes get fulfilled at once. The hill is thus associated with many myths, mythologies, legends, and legacies. It’s quite symbolic to rich cultural dimension of oldest religion of the world called Hinduism but it is actually linked up with the ‘karma’ philosophy of the Bhagavad Gita.

The day after Diwali is known as Govardhan Puja and is celebrated with pomp and grandeur all over India It is the D-day on which Lord Krishna defeated Indra – the King of Heaven.

The writing is not about the Govardhan hills rather it’s on critical problem of our time – i.e. the archeologists have reported that the height of this hill is diminishing and shrinking with every passing day which is actually a bad omen as per Hindu mythology.

Probably it’s now evident that the Kali Yuga – the age of downfall is now almost coming to an end. We are on the verge of extinction. I have also read some news regarding quacks from West Bengal treating patients in Odisha.

Most of them are either normal B.A.degree holders or Homoeopathic doctors. Some of them are under matric people too. They have all opened up multispecialty clinics in different remote places and villages of Odisha with fake Allopathic degrees and prescription pads which are invalid because of fake registration numbers. People are dying due to wrong treatments.

You may also find acute social problems like crime, rape, abduction, kidnapping, molestation against women. Now the whole universe is suffering because of cross-border terrorism. Simi encounters are latest examples.

Every day someone is there to exploit you. It may be your boss, friend, colleague, cousin, brother, sister-in-law or maid. The world is now full of imperfections.

The citizens are starving, dying, getting killed or tortured. The morning newspaper is even full of negative news to ill affect your mind with melancholy. There is no other option left except God that to be either Shani Dev or Lord Hanuman can only save you.

Other Gods and Goddesses cannot hear your prayers due to thick black layer around the earth which can be compared to the pollution blanket in air. Massacre! Massacre! Massacre – there is no time to stand and stare in peace.

The universe will be self-destroyed and “Kali Yuga” will be not there like Yadu Vansh. We are just waiting for the new dawn and in fact a fresh beginning. It’s a mass appeal to enhance goodness from within and then only one can survive against this forthcoming mass destruction.

The millennium is about to end and “May Lord Ganesha Bless” you. Please take good care of yourself and stay blessed.