Ever since Chakravartin Ashoka Samrat serial started, we have been wondering when will Devi Dharma come in front of Bindusar? When will Bindusar know that his Dharma is alive and when will they come together as a couple? While, all the tracks failed to bring both the Samrat and his beloved wife together, one hope that Rani Niharika can bring them face to face. 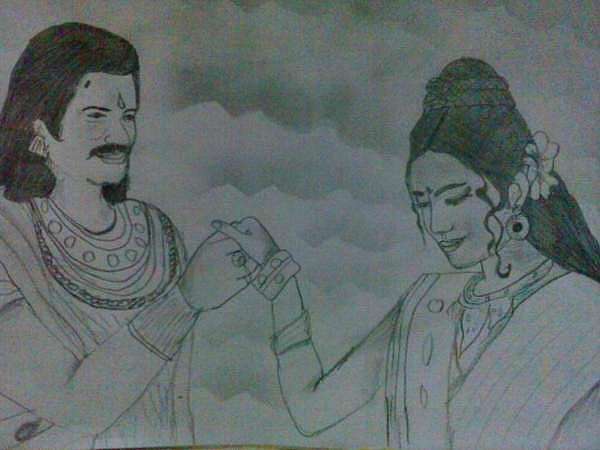 Here are the reasons why we feel Rani Niharika’s Track can Bring Devi Dharma and Samrat Bindusar face to face:

Rani Niharika Has Put the Blame on Devi Dharma

Devi Helena once again tried to be a conspirator by smartly bringing Rani Niharki (Rajajiraj’s widow) to her side. During his meeting, Mir Khorasan reveals the weak point of Samrat Bindusar and asks Rani Niharika to blame everything on Devi Dharma. She readily agrees. Bindusar is shock to believe this but she insist saying she even has a solid proof to back her claim.

As per Helena’s plan, Rani Niharika puts her demand in front of Bindusar – 1. That her huband’s last rites are performed like any other raja. 2. That he beheads the main conspirator of the entire plan – Devi Dharma.  Although Samrat Bindusar cannot believe that his Dharma can be a rajdrohi, Niharika is pressuring that she indeed was one of them.

This makes us wonder –

Will Devi Dharma Finally Come in Front of Samrat Bindusar?

Now that the serial has brought Devi Dharma in focus and everybody’s attention is on her, we hope that Chanakya will try his best to prove Devi Dharma’s innocence. In such circumstances, it is apparent that Mir might see Devi Dharma once again and even try to imprison her. With lot of drama, we hope that Devi Dharma will be brought in front of Samrat Bindusar.

Ashoka Should Finally Know That His Mother Is Devi Dharma

This drama even has the potential to finally bring out the truth that Ashoka is Devi Dharma’s son and hence Samrat Bindusar’s son, one of the heir to the Magadh throne. Besides, if Ashok knows that hi mother is Devi Dharma, he too can easily prove that his mother Devi Dharma is innocent.. What’s more, the revelation in such sad scenario will even make him understand why Samrat Bindusar had to leave Devi Dharma and why he never got to meet her again.

This track can finally be a turning point in the serial where all the mysteries can unfold, even the ill doings of Mir Khorasan. While, Devi Helena is planning Devi Dharma’s beheading, you never know if it will be her ally Mir Khorasan’s head next!