Samrat Bindusara was the son of Mahan Samrat Chandragupta Maurya – The founder of the Mauryan kingdom. Since Chandragupta Maurya was a conqueror, he had left a mighty empire for his son to look after. His son, Bindusar too was a great conqueror. This is the reason why he is also sometimes called as Amitraghata – The one who slays enemies.

The Sorrow that Caused the Death of Samrat Bindusara

There are different theories on Bindusar’s death. However, the documented history tells us that he died his natural death after going on a fast till death. The fasting went on for 12 days and he gave up his life after 12 days. The reason of the fasting and taking such a drastic step was the constant dreadful fights in the royal family over crown. This made him depressed especially when the council of ministers didn’t support his favorite and his first born Sushim, instead, preferred his second born, Ashoka to be his ultimate heir. 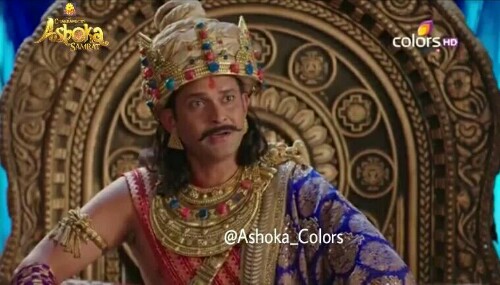 Eventually, Samrat Bindusar gave up his life in his 47th year, leaving a mighty Empire. Thus, began the war of succession between the brothers.

Bindusar’s favorite son was Sushim, not Ashoka. He always saw Sushim as his successor. However, though Sushim was liked by his father, the council of ministers hated him as they sensed his cruelty and misdeeds as a prince which made them think about their future. No ways, they could support such a man to be their Samrat. This pain of the ministers became Ashoka’s gain.

Interestingly, Sushim, the viceroy of Takshahila also started his atrocities in Takshashila which became the major obstacle in his route to the crown. His atrocities were so blatant that people revolted against him and he wasn’t able to curb the revolt. However, when Ashoka went there, the natives stopped the revolt and shared their concern with Ashoka. They said they have nothing against Samrat Bindusara or the Mauryan kingdom but have problems with the corrupt ministers.

Ashoka won their hearts further by his goodness. Again, Sushim’s pain became Ashoka’s gain. Next, he removed the corrupt and wicked ministers and even punished them. This made him a Hero further winning the hearts of people as well as the council of ministers in the Mauryan kingdom.

Also Read: Was Samrat Bindusara Really So Emotional and Sentimental? – Know the Facts

However, Samrat Bindusara was not so keen at this development because he wanted Sushim, his first born to be his heir. All these things led to his depression of the Samrat which further deteriorated his health, ultimately taking his life.