Chakravartin Ashoka Samrat will soon take a 12 year leap and the young cast will be replaced. Yes, Siddharth Nigam (Yuvraj Ashok), Sumedh Mudgalkar (Rajkumar Sushim), Reem Shaikh (Kaurwaki) will soon be replaced by their adult representatives. Though it took time, the makers have finalized the names.

While, you are wonder which actor will play what, here we have some information about Chakravartin Ashoka Samrat cast post leap. 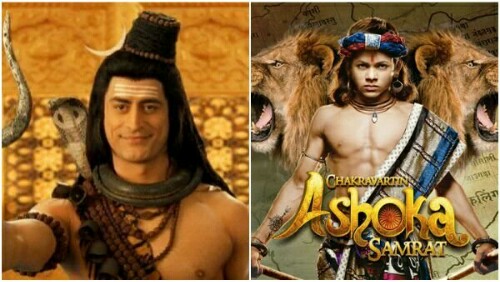 However, the role finally went to Mohit Raina. No wonder, the actor is apt when it comes to mythology and historical genre. His physique, body language and vocals are simply meant for these genres.

Ankit Arora Will Play the Role of Elder Sushim

Remember the Lakshman of NDTV’s Ramayan? Well, that’s Ankit Arora and the role of the elder Rajkumar Sushim will be essayed by Ankit Arora. However, here he will be an antagonist fighting against his own brother. Ankit was last seen in Razia Sultan TV series where he essayed the role of Rukn-ud-din.

Saumya Seth previously seen in Yeh Hai Aashiqui will be seen essaying the role of Kaurwaki in the serial. She is glad to portray the role of a warrior princess in the serial. In fact, this is the prime reason why she said yes to the role.

Kajol Srivastava who was signed by Balaji Telefilms for the role of Bulbul will now be seen as Devi in Ashoka. Devi was Ashoka’s first wife. A simple kind hearted girl who will eventually change Ashoka (Mohit Raina) for good. Kajol was earlier seen as Nidhi in Muh Boli Shaadi.

While it is not known for what role exactly but Yuvika is in talks with the channel and the makers of the serial. Yes, the Bigg Boss 9 contestant has been approached and we are simply eager to know what will be her role.

Besides, Sanjeeda Sheikh and Sana Khan too have been approached for the role of Leading Ladies in Ashoka.

Now that Ashoka had 5 wives, all the three actress can be finalized. Now that these women are really stunning especially Sanjeeda, we just hope the deal is locked soon. What do you say?

Keep watching the space, we will keep you updated on Chakravartin Ashoka Samrat cast post leap.