Acharya Chanakya’s death in Chakravartin Ashoka Samrat serial is still a mystery to almost everybody except the killers. Though, Rani Dharma tried to intervene she couldn’t get into the bottom to find out about Acharya’s killers.

However, now that the plot is back to Patliaputra from Takshashila, we hope the killers of Chanakya are exposed in the serial. 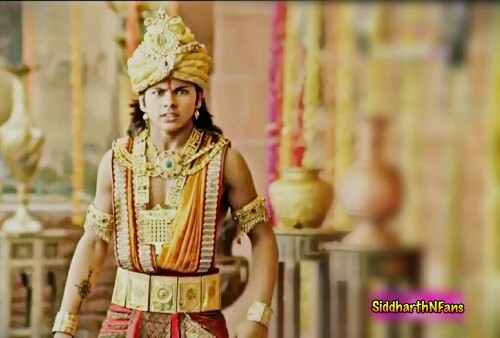 Rani Dharma had clues about Acharya Chanakya’s death through the Raj Vaidya’s wife. However, she couldn’t convey the same to him as he was in Takshashila. However, the time has come when the track will once again focus on Ashoka and his quest to search the killers of Acharya Chanakya.

Well, Rani Dharma’s daasi will hear Sushim and Charumitra’s conversation about killing Acharya Chanakya but Sushim will see her and even kill her. However, when she will breath her last, Ashoka will reach at the spot and she will give him hints about the death.

Once this happens, we are sure Rani Dharma too will narate the story of how an insider is involved in the killing of Chanakya by describing each and every incident that happened during his absence.

Yuvraj Ashoka will definitely focus to find the insider involved in killing Acharya Chanakya. We assume Acharya Radhagupt too will help him in getting into the bottom of the case.

Well, now that the shooting of the leap will start in April, we assume that the khulasa will take some time. This means Yuvraj Ashoka will surely have to face a lot of problem. Besides, Samrat Bindusara doesn’t seem much happy as Sushim is trying his best to portray Ashoka in negative light.

Will he expose the killers of Acharya Chanakya in time? Well, maybe but now that Sushim is talking a lot about vanvas, we assume he might turn circumstances in such a way that Bindusara will turn hostile towards Ashoka and even send him to Agyatvas (incognito) as the historical documents mention.

In either circumstances, we are sure this time Yuvraj Ashoka will definitely find out about the killers. No wonder, the show is verge on a leap and the mystery has to enfold soon to continue the story about the Adult Ashoka, Ashoka – The Great!